Celebrating a Banner Year of Achievement! 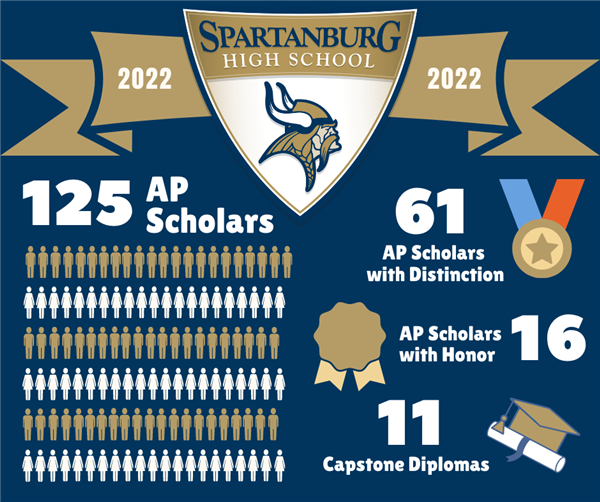 SHS celebrates another banner year for its number of National AP Scholars. The College Board announced 125 SHS students earned AP Scholar Awards for their exams last May (the most in Spartanburg County!). We give a special nod to those who earned the AP Seminar and Research Certificate, AP Capstone Diploma, AP Scholars with Distinction, and AP Scholars with Honors. 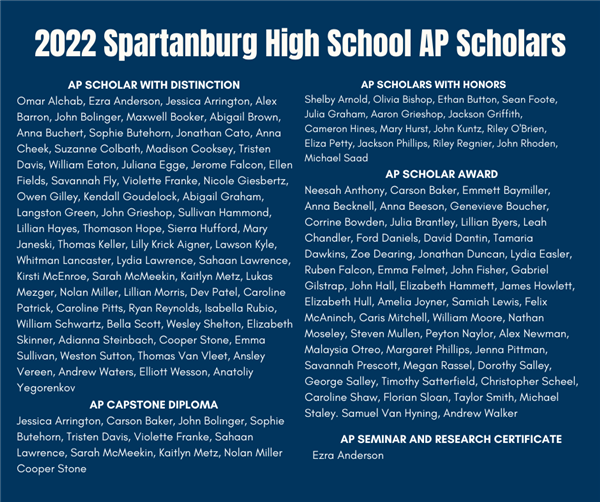 Note: as tests were taken in the Spring of 2022 some of our honorees are Class of 2022 graduates.

We are also proud to announce four seniors who earned academic honors from the College Board National Recognition Programs. These special recognitions were created to help colleges and scholarship programs connect directly with high-achieving students in underrepresented populations, increasing access and opportunity for those who demonstrate high potential. Students were selected because they excelled on the PSAT, on their AP exams, and/or through their grade point average. Ford Daniels and Tamaria Dawkins were named National African American Recognition Program Scholars, Ezra Anderson was named a National Hispanic Recognition Program Scholar, and Lawson Kyle was named a National Indigenous Program Scholar. We are proud of these students for leading the way for those who follow! 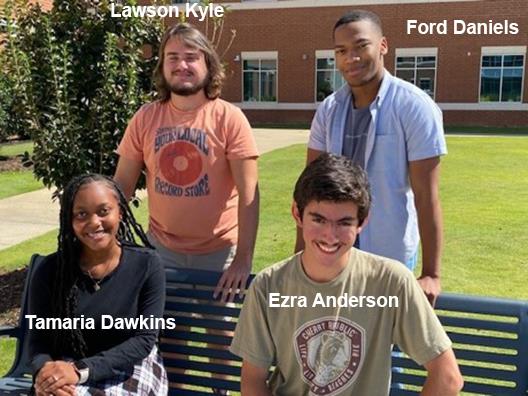