Dr. Russell W. Booker, who has served as Superintendent for Spartanburg School District Seven for the last decade, has announced his plans to retire at the conclusion of the next academic year on June 30, 2020. The District Seven School Board approved Dr. Booker’s request to amend his employment contract to reflect one more year of service during their March meeting. In conjunction with announcing his final year, Dr. Booker is also launching his final strategic initiative for the District, a broad-based, data-driven diversity, equity and inclusion effort from within District Seven and in collaboration with partner organizations across Spartanburg.

“District Seven has been an amazing home for my family and me, and I have made this decision after a great deal of reflection about what we have accomplished together, what is best for my family and for me, and what is best at this important juncture in the life of District Seven,” said Dr. Booker. “We have made significant strides collectively on behalf of the students we aim to inspire and equip, and this is a pivotal moment in which several key initiatives are successfully coming full circle. It is an opportune time for a new leader to step in for the next chapter in District Seven’s history. However, my work here is not yet finished. Over the course of the next year, we will open our new Spartanburg High School (bringing to fruition this multi-year project), renovate the high school’s current building to become the new home for McCracken Middle School, and establish a diversity and inclusion initiative that, I believe, will be transformational in building a community in which every person can participate and prosper. Spartanburg is on the national forefront of cultivating a collaborative, community-wide approach to educating our children, and District Seven is uniquely positioned to help foster the broad-based cultural shift that is imperative for sustainable impact.”

Sharon Porter, District Seven Board chair, expressed her appreciation for Dr. Booker on behalf of the Board: “District Seven has enjoyed a decade of incredible innovation and accomplishment during Dr. Booker’s tenure. Although we are saddened by his decision to retire, we appreciate that his advanced notice allows us the opportunity to ensure momentum and continuity remain during the transition. We are fortunate to have Dr. Booker’s leadership in place throughout the next academic year as we secure a dynamic new leader. Additionally, the District Seven Board is excited by the greater focus on increasing equity and inclusion from within our school district, and we look forward to working with him to support this effort. Spartanburg School District Seven is well poised for continued success, and we look forward to celebrating all that has been accomplished.”

The School Board is currently exploring next steps and processes for securing a new superintendent and will announce those plans in the coming weeks. 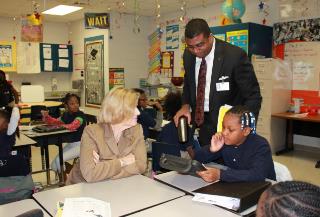 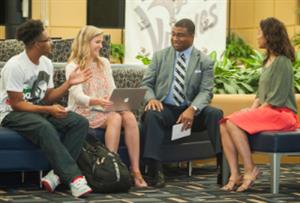 District Seven’s accomplishments, innovations and growth under Booker’s leadership have advanced the district’s reputation on a statewide and national level. Booker led the district through a comprehensive restructuring effort that created middle schools, a freshman academy, flexible learning opportunities, and expanded early learning opportunities. Seven Ignites, a 1:1 technology/digital immersion initiative, eliminated the technology divide within the district.  District Seven was invited to join the nation’s League of Innovative Schools and was recognized by Apple as a Distinguished Program as a result of its comprehensive technology program.  A greater focus on the district’s children from birth to 5K led to the creation of the District Seven Early Learning Center and partnerships at Meeting Street Academy and The Franklin School.  Spartanburg High School’s Advanced Placement program remains one of the best in the state.  College access opportunities have been strengthened as the district advanced dual credit opportunities through early college programs and expanded college opportunities on the Spartanburg High School campus. Learning environments have also been upgraded throughout the district. This year, the new Drayton Mills Elementary School welcomed nearly 700 students, and in the coming months, Spartanburg High School’s new campus will open its doors. This was made possible through a referendum that was overwhelmingly supported by the District Seven community. Enrollment in District Seven has increased for the sixth consecutive year, indicating that our district is part of a vibrant, thriving community. Most importantly, District Seven’s new mission, vision and values point to a district entirely committed to educating the whole child. In partnership with the community, Dr. Booker has helped create a culture within the district that has substantially contributed to the hope and well-being of thousands of District Seven students and recent graduates.

"Russell Booker has brought energy, integrity and skill to the role of Superintendent, creating both cohesiveness and an inspiring vision for excellence in education to District Seven. He is a leader," said Bill Barnet, former Mayor of the City of Spartanburg. "Working with him has offered a remarkable opportunity to watch a passionate proponent of equal access to quality education join with others to build a strong base for the future. He will be missed."

John Stockwell, former Chancellor at USC-Upstate and current Executive Director of the Spartanburg Academic Movement echoed Barnet’s sentiments. "Dr. Booker has built both leadership and legacy on his deep persuasion that academic achievement is the strongest predictor of economic mobility, and that a commitment to equity plays the key role in whether or not this formulation gains traction in the lives of young people.  Russell enjoys leadership reputations locally, statewide and even nationally.  If we follow his example, this formulation can be the foundation for a legacy of outstanding growth and reputation across Spartanburg County as well."

Strategic Initiative for Diversity and Inclusion

A fully-invested, district-wide initiative to advance equity and inclusion has been in the conceptual stages over the last few years, hand-in-hand with Spartanburg’s collective work towards this end, and it comes to fruition as the final major initiative of Dr. Booker’s tenure.

“Spartanburg County is leaning into this work in a meaningful way with the Racial Equity Index recently published by USC Upstate, and the work going on across multiple foundations, nonprofits, and organizations such as Spartanburg Academic Movement, the City of Spartanburg, One Spartanburg, and the Northside Development Group. In recent months, our faith community has engaged our broader community through the Spartanburg County Clergy Initiative held at Mount Moriah Baptist Church and the poverty summit at First Presbyterian Church. This work is also a cornerstone of our Compassionate Schools effort for educating the whole child. It is not a new focus for District Seven, but rather a deepening of this focus to become more intentional and strategic in our work to create broad and sustainable change by weaving it into the fabric of our culture,” Booker said.

The effort ties directly to Dr. Booker’s work on the board of directors for StriveTogether, which is leading a national movement to improve outcomes for communities and children through a cradle-to-career approach to education tied to equity and economic mobility.

The District Seven School Board recently approved Dr. Booker’s request to create a Chief Diversity and Inclusion Officer as part of a restructuring of his senior leadership team. This budget-neutral shift creates the capacity to launch the diversity and inclusion initiative in earnest.

“I’m excited that our Board is committed to addressing these issues in a more intentional way. We will spend the next year looking at the data and metrics within our district at a deeper level as part of our continuous improvement efforts, and we will put into place a strategic approach to close the gaps for students that exist within our school district,” said Booker.

The Board also recently approved changes to the Superintendent’s leadership team structure. In the coming year, District Seven will move to a “Chief” structure that brings the district line with best practices in business and industry and creates greater clarity in defining executive roles across departments. The shift, which is being implemented by many other school districts across the nation, follows a staffing study that was completed last year and does not impact the budget or require additional staffing.

Dr. Carlotta Redish, who has led District Seven’s human resources division for the last five years, has been tapped for the newly-approved role of Chief Diversity and Inclusion Officer. “Human resource executives across the corporate sector have transitioned to the forefront as leaders of this emerging arena in recent years, as much of their focus and expertise is symbiotic across the fields,” said Dr. Booker. “As a native of the Upstate, Dr. Redish brings a valuable perspective to this role through her past leadership with the Los Angeles Unified School District and the Atlanta Public School System. Her ability to work with a diverse representation of community leaders will be critical towards engaging our community.”  This cabinet level position has been repurposed from the former assistant superintendent for student services role.

Beth Lancaster joined the District Seven team as Chief Communications Officer in March following the retirement of Sally Gregg.  Lancaster previously lead communications and marketing for more than 20 years at Converse College. Her primary focus is to advance the visibility and reputation of Spartanburg School District Seven through oversight of a comprehensive communications program that engages the community, the media, and the public.

Dr. Pruitt has led the district’s instructional efforts for 13 years and is transitioning to Chief Academic Officer from Deputy Superintendent. He will continue to oversee all aspects of curriculum and instruction within the District Seven organization.

Dr. White joined Spartanburg School District Seven in 2007.  Following his retirement as superintendent in 2010, he joined the district as a member Dr. Booker’s cabinet.  He is transitioning to Chief Operations Officer from Assistant Superintendent of Administration. He provides leadership of all daily operations, including student services, safety, and facilities.

Missy Campbell continues in her role as CFO. Mrs. Campbell has been a member of the superintendent’s leadership team for the past eight years. She provides leadership and management for all financial and business activities within the school district.

Dr. Levitt is transitioning to Chief Technology and Innovation Officer from Assistant Superintendent for Planning and Innovation. He is responsible for advancing a vision that drives technology innovation in our schools; tracking new advancements in technology; implementing strategic planning, policy and professional development needs; and managing technology integration and support resources. His department is involved in all aspects of data, assessment, and research throughout the school system. Dr. Levitt has been a member of the superintendent’s cabinet for three years.

Dr. Booker concluded, “District Seven is fortunate to have one of the most capable senior leadership teams in this state. As I look to the future of our district, I have every confidence this group will be an asset to the next superintendent in furthering the important work we have begun together. Our student population has grown by over 500 students in the last six years, and the unprecedented growth within our City is further testament that the future of District Seven is on firm footing.” 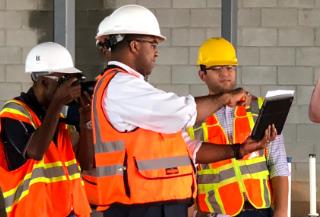 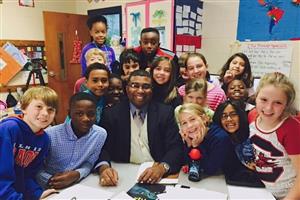 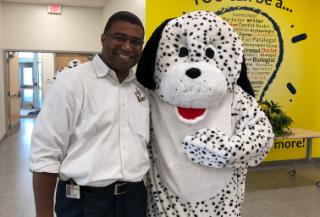