“This is a pivotal moment in District Seven’s history, with the opening of our new high school, the culmination of several years of school constructions and renovations, innovative community partnerships that are making impact and gaining national attention, and my final year as superintendent. There is much positive momentum across our district, and these leadership appointments will build on that strength as we look to the future,” said District Seven Superintendent Dr. Russell Booker. “I believe in cultivating leaders from within our District whose diverse range of experiences and perspectives strengthen our continued growth. These strategic appointments reflect that vision and help sustain our depth of institutional knowledge and capacity for years to come.”

New appointments are as follows: 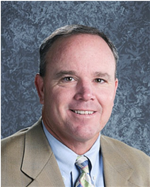 Jeff Stevens, principal of Spartanburg High School, has been promoted to Chief Operations Officer-Elect for District Seven. He will assume the position of Chief Operations Officer in September following the opening of the new Spartanburg High School. Dr. Thomas White, current COO, will move into a limited role providing oversight for the final phases of the referendum projects.

Stevens has been principal of SHS for the past 11 years and has been employed within District Seven for nearly 30 years. "Jeff Stevens has been a steady influence in the life of this school district. Spartanburg High School has thrived under his leadership and service to our students and their families. He is a team player who has always placed the needs of our schools and District Seven above all else. I look forward to his joining the district team. He not only brings valuable years of experience to this position as an educator, but also a lifetime commitment to the betterment of this community,” Dr. Booker expressed.

Dr. Zachary is a veteran educator with over 26 years of professional experience.  Prior to accepting this position, he served for four years as principal of Mary H. Wright Elementary School where he began his career as a teacher in 1993. His experience also includes 10 years as principal of E.P. Todd School where he implemented a Montessori program and led the school through a K-8 configuration.

"Marc has been committed to the progress of District Seven for many many years. In every position he has led, he has done so with great success. I have no doubt he will continue to do the same in this position. He has proven himself to be a person of great integrity, loyalty, and reliability. He has a heart for children, a passion for people, and high expectations for himself and others.  I am thrilled to have him join the district’s senior leadership team and I value the institutional knowledge he brings,” Booker said. 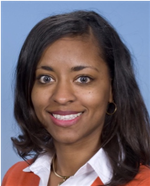 Brandi Gist has been appointed Director of Finance-Elect for District Seven. She will assume the Director of Finance position in March of 2020 upon the retirement of Mrs. Sandra Tester who has served in this role for over 25 years.

Gist is a graduate of Spartanburg High School and Wofford College. She has worked in District Seven’s Business and Finance Office for 16 years.  In recent years, she served as the district’s Senior Accountant and she is currently Coordinator of Federal Programs.

Dr. Booker noted, “I have had the privilege of watching Brandi develop into a highly respected member of our team. She is very intelligent, a quick learner, and a detail-oriented person. I look forward to her working closely with Sandra and Chief Financial Officer Missy Campbell in the coming months to ensure a smooth transition. As Brandi has earned her MBA and CPA credentials, it has been rewarding to watch her flourish over the course of her career and achieve this level of leadership.” 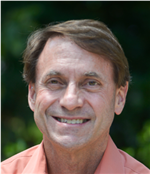 Glen Carson, Director of Data and Research, has been named Director of Assessment and Accountability. He will begin his duties July 1 following the retirement of Dr. Al Jeter, current Director of Assessment and Accountability. Dr. Carson will be joining the district on a full-time basis after previously serving in a joint role between District Seven as its Director of Research and the Spartanburg Academic Movement (SAM) as its data manager. Carson is a seasoned, veteran educator with experiences at the middle, high school, and collegiate level as teacher and administrator.

“Dr. Jeter has been an iconic member of the District Seven family for 45 years and will be greatly missed. Dr. Carson and Dr. Jeter have had the opportunity to work together throughout the course of this school year, which will make for a smooth transition. We are extremely fortunate to  have Glen’s expertise and capability on our team,” stated Booker. 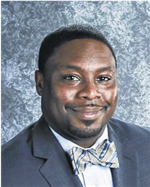 In passing the principalship to Jones, Mr. Stevens reflected, “We are fortunate to have a strong cadre of leaders at Spartanburg High School. Vance has earned the respect of our students, faculty and staff, and administrators. He is a thoughtful leader who is great with students, and he brings a wealth of valuable experience to the role. I cannot imagine a better-suited candidate to be my successor at SHS, and I look forward to working with him in my new capacity as we ensure a smooth transition.”  Dr. Booker added, “Spartanburg High School’s legacy of excellence is critical to this school district. As our flagship high school, its leadership is crucial as we enter this new era. Vance brings continuity and steady guidance to this role. I look forward to introducing him to the broader Viking community as he begins to make his mark on SHS.” 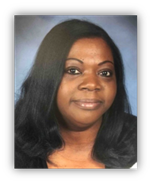 Tammy Jordan, assistant principal of Mary H. Wright Elementary, has been promoted to principal. Jordan is an experienced educator and District Seven graduate. She returned to District Seven and Mary H. Wright Elementary in 1990 and served as a teacher in a number of capacities. For the past four years, she has served as an assistant principal under the leadership of Dr. Marc Zachary.

“Tammy has a passion for teaching and learning, and she has a particular passion for Mary H. Wright Elementary School,” said Dr. Booker. “In our conversations about the position, she described Mary H. Wright as, ‘Home.’ She is well respected within her home by her students, colleagues, and community stakeholders and I have no doubt they will give their full support to her in her new role as principal. Tammy is uniquely positioned to build on the history and partnerships that make Mary H. Wright a special place. We look forward to her joining our leadership team in this new role.”

Rene Ford, assistant principal at the Cleveland Academy of Leadership, has been named principal of McCarthy Teszler School. She previously taught at Jesse Boyd Elementary and served as Instructional Facilitator for Chapman Elementary before becoming assistant principal at Chapman and later at McCracken Middle School.  She currently serves as the curriculum administrator at the Cleveland Academy.

"Renee is a long-time, dedicated employee of this district whose passion for children is unquestionable," said Dr. Booker. "She has proven herself to be successful as an assistant principal, having served in both leadership roles and as a teacher and special education administrator for the schools in which she has served. She has earned the respect of colleagues and district leaders as an organized, capable leader who cultivates trusting and productive relationships with students, parents, teachers and administration, and is well-suited to lead McCarthy Teszler School."

As District Seven looks to the future, its core leadership team at the school and district levels will be instrumental in continuing the forward momentum. Reflecting on the team tapped to champion the call “to inspire and equip,” Dr. Booker shared, “As philosopher Heraclitus wisely observed, ‘The only thing that is permanent is change.’ As our district moves into a season of change, we are doing so with great intention and focus on the future.  These strategic moves, along with the ones previously announced, create stability and continuity moving forward and are a testament to the level of talent and capacity we have within the district. I couldn’t be prouder of these individuals or more optimistic about the district’s future.”